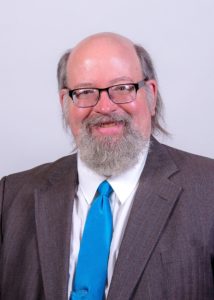 B.A. – The College of William and Mary

All coursework and other requirements met for Ph.D. except dissertation, Indiana University

Professor Jack has over 30 years of experience as a Professional ACTOR (having performed in over 100 professional productions). In the Raleigh area, he has worked with Burning Coal Theatre (Benjamin Franklin in 1776; ACCIDENTAL DEATH OF AN ANARCHIST; Tiresias in ANTIGONE; BRIGADOON; EINSTEIN’S DREAMS; Sam in the KidsWrite production of FEAST; Polonius in HAMLET; HYSTERIA; INHERIT THE WIND; THE MAN WHO TRIED TO SAVE THE WORLD; Tiresias in OEDIPUS TYRANNUS; Theseus in OEDIPUS AT COLONUS; PRISONER’S DILEMMA; TARTUFFE; Vladimir Lenin in the Spoleto Festival Production of TRAVESTIES; Andrewes in the American Premiere of WRITTEN ON THE HEART; and many original historical plays in Oakwood Cemetery and other locations), Honesty Pint Theatre Company (The Player King in HAMLET; Gloucester in KING LEAR), Raleigh Ensemble Players (Claude Monet in DEFYING GRAVITY; Caiaphas in LAST DAYS OF JUDAS ISCARIOT), The African-American Cultural Complex (John Quincy Adams in THE AMISTAD SAGA for three Summers), Theatre in the Park (Teddy in ARSENIC AND OLD LACE), Second Avenue South Players (AWAKE AND SING), Delta Boys Theatre (THE CHERRY ORCHARD), and The Playground Theatre Cooperative (staged readings of FORENSICS and Paul Green’s THE HOUSE OF CONNELLY).

Also in North Carolina, Jack performed for three summers at THE LOST COLONY in Manteo and one summer in the mountains at Highlands Playhouse. Additional favorite roles at other theatres include Herr Schultz in CABARET; Paul in COMPANY; Krogstad in A DOLL HOUSE; Boolie Werthan in DRIVING MISS DAISY; John Merrick in THE ELEPHANT MAN; Tevye in FIDDLER ON THE ROOF; Gottlieb Biedermann in THE FIREBUGS; Tom Wingfield in THE GLASS MENAGERIE; Joe Litko in LAKEBOAT; Jamie Tyrone in LONG DAY’S JOURNEY INTO NIGHT; Marion Cheever in NEXT; Chorus Leader in THE ORESTEIA; Richard Willey in OUT OF ORDER; Major General Stanley in THE PIRATES OF PENZANCE; Stanley Gardner in RUN FOR YOUR WIFE; Sir Peter Teazle in THE SCHOOL FOR SCANDAL; Dorn in THE SEA GULL; Sweeney Todd in SWEENEY TODD; Menelaus in THE TROJAN WOMEN; and The Mayor in THE VISIT.

As a DIRECTOR, Jack has staged over 60 plays on the University/College level. At Saint Augustine’s University, those plays include ANTIGONE; CRIMES OF THE HEART; EARLY FROST; FLYIN’ WEST; FOOL FOR LOVE; HAVING OUR SAY; THE INSANITY OF MARY GIRARD; MISS HONEY’S YOUNG’UNS; A RAISIN IN THE SUN; SHAKIN’ THE MESS OUTTA MISERY; SORRY, WRONG NUMBER; TALKING BONES; WINE IN THE WILDERNESS; and THE ZOO STORY. Productions he has directed at other Colleges include INTO THE WOODS; MUSEUM; OKLAHOMA!; OUR TOWN; SHE STOOPS TO CONQUER; STEEL MAGNOLIAS; THE TEMPEST; THE WATER ENGINE; and many others.

Jack is an experienced Lighting and Scenic DESIGNER of over 50 faculty directed productions. At Saint Augustine’s University, these include productions he directed as well as performances of AIN’T I A WOMAN; BASH; BEFORE IT HITS HOME; BLUES FOR AN ALABAMA SKY; HAPPY HAPPY KWANZAA!; NO CHILD; A SOLDIER’S PLAY; and A SONG FOR CORETTA.

And, as part of his teaching, Jack has been the Producer / Advisor of over 100 student-directed plays on the University/College level.

Board of Directors, Classical Voices of North Carolina (an Arts Advocacy organization)