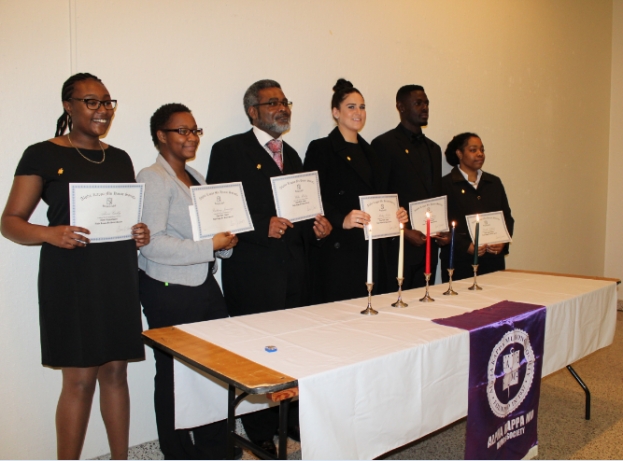 On February 22, 2017, 9 scholars were inducted into the Alpha Kappa Mu National Honors Society. Officers of the Alpha Alpha chapter of Alpha Kappa Mu conducted the formal induction ceremony recognizing university students for their scholastic achievements. The inducted members were:

The new members were led through the ceremony, which emphasizes the Society’s values of character, scholarship, citizenship, service and leadership. Alpha Kappa Mu invitations are extended to upper-class students with 60 credit hours or more with a grade point average of at least 3.3.

Congratulations to these scholars for all their accomplishments and their rigorous pursuit of academic excellence.

Alpha Kappa Mu was founded in 1937 and its purpose is to recognize and reward high academic achievement and encourage young men and women to appreciate the roles they must play as participating citizens in a democratic social order.