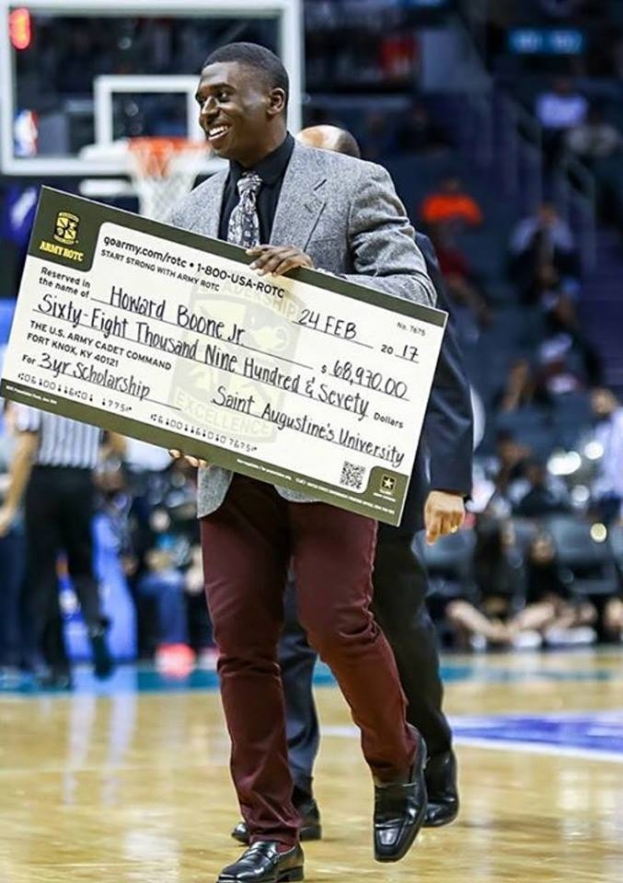 The Saint Augustine’s University community is saddened about the recent shooting in downtown Columbia, S. C., that has critically injured one of our students. Howard Boone Jr. is a 23-year-old criminal justice major from Raleigh N.C. Mr. Boone was visiting the area with friends and was an innocent victim.

“The University continues to pray for Mr. Boone and his family, said Dr. Everett B. Ward. “Mr. Boone is a model student and well respected among his peers.”

Boone is a high-achieving student, who is a member of SAU’s Reserve Officer Training Corps (ROTC). He received his airborne certification last year, with aspirations of being commissioned as a second lieutenant into the United States Army upon graduation.

“We continue to be concerned with the rising incidences of gun violence affecting our young people, added. Dr. Ward. “It is time for serious dialogue to take place to address this national crisis.”

The University continues to monitor the condition of Mr. Boone and has him and his family lifted in prayer daily.